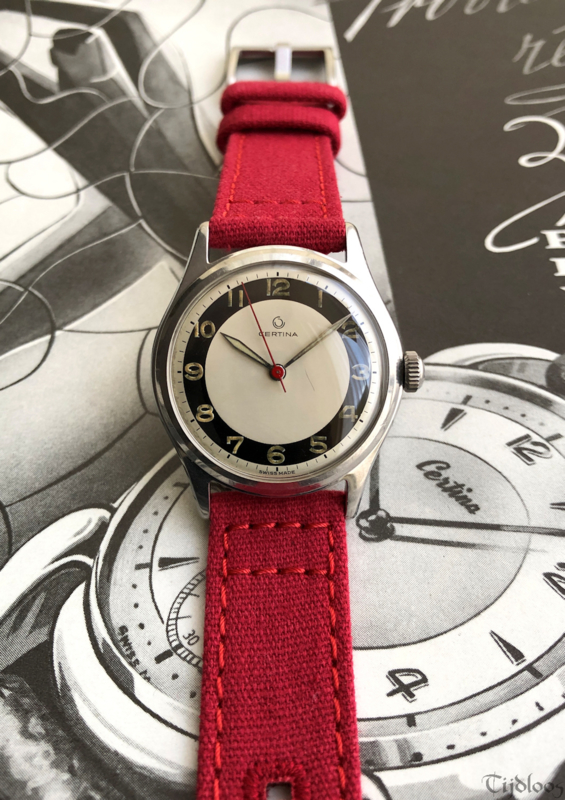 The name "Certina" is taken from the Latin "certus", meaning; assured or certain.

Starting in 1954, the modern lettering with block letters in capitals was used, before this the brand name was in cursive handwriting. In 1958, the lettering was complemented with the two rotating “C” shapes in the logo. The suitable logo, was actually found though a competition between several graphic designers, who actually won is unknown to my knowledge.

The brand Certina might be less known to many, but for those who cherish it, can make out to be a very trustworthy partner in time. The original owner has handled this Certina with such love and care which has definitely contributed to its very well-preserved appearance.

We have added a cherry red color ‘easy swap’ soft cotton canvas strap, to give it a little extra ‘oomph’, not that it needs any