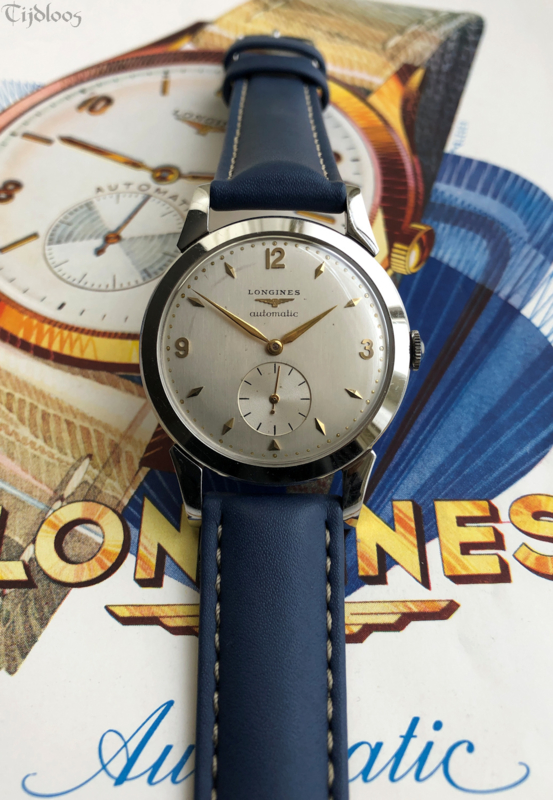 The caliber 22A with bi-directional (meaning winding both ways) automatic was/is truly a magnificent movement. This patented movement with well-engineered winding system incorporated a screw near the rotators, to correct the excessive wear and overwinding that created troubles with many early automatic movements, particularly in the Omega’s.

Though Longines would go on to improve and develop new automatic movements, those containing the 22A keep their appeal for those who appreciate its cunning technology.