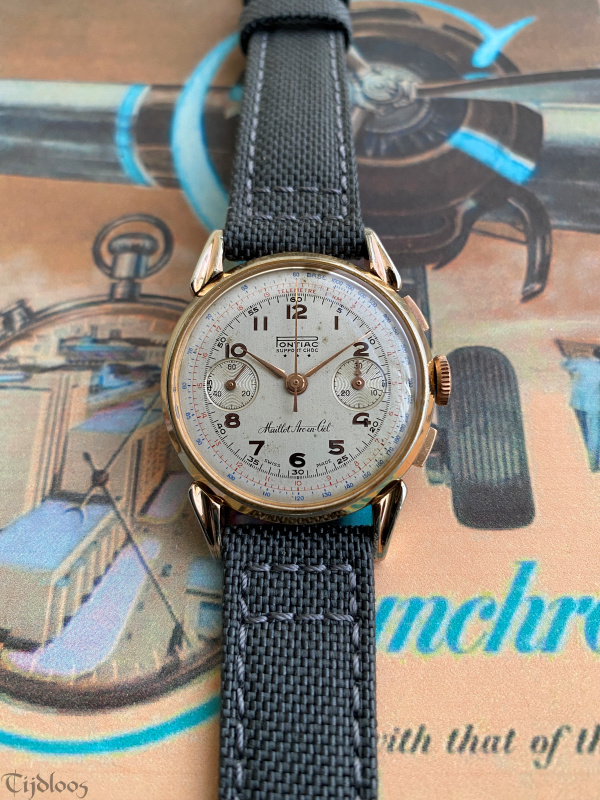 Pontiac Chrono is ‘chiefly’ for the cycle/bike fans.
Maillot Arc-en-Ciel literally means rainbow jersey. The rainbow jersey was awarded to the winner of the World Championship Cycling, or other discipline involving bikes. It is called the rainbow jersey, but actually the stripes indicate the ICU (International Cycling Union) colors of the five continents, the same as the Olympic rings.
Pontiac started out with the intention of making quality watches for an affordable price, and they succeeded. After WWII, Pontiac chose a separate path to set its watches apart from others by manufacturing watches that where especially made for the sports enthusiast.
Did you know the name Pontiac came from a great Indian ‘chief’ who had such a knowledge of nature, that he could tell the time by the reading the stars in the sky (so if it wasn’t so cloudy all the time, we could do without watches altogether, just kidding ????).
A chronograph watch is essentially meant to calculate your average speed, distance traveled, fuel consumption, as a stopwatch or keep track of two events at the same time.

You might wonder why the dial has ‘tree stars’, they refer to a better-quality movement.
This very desirable timeworn watch, has seen its fair share of action, but is far from retirement.